I finally wrote a new book.

I'm not sure why it took me so long to write anything new. It's been a few years since I finished the Forts Trilogy. Work has been busy. I guess that's part of it. There's also my laziness. That probably had something to do with it too.

I spend my days as a graphic designer. I also have the luxury of working from home. I commute about fifteen feet, work in my underwear, and generally don't shower until noon. I do a lot of projects for social media companies, and small print houses. Occasionally I find myself with an illustration job. I also do most of the show branding for Koldcast.tv, and a bunch of other stuff I'm too bored to name. On top of my regular jobs, a while back I somehow fell into doing book covers for independent publishers and small publishing houses. I've done a lot of book covers.

Holy crap have I done a lot of book covers.

Basically, I'm trying to say it's been a busy year.

Busy isn't much of an excuse though. I like writing. I should have found the time to do it.

Also, I sit at a computer all day long. It can be tough to convince myself, and my wife, that I need to sit at it even longer.

It takes me a while to formulate an idea. I don't plot. When I come up with something I really like, I don't even write it down. If I can't remember it, it probably wasn't very good. That's what I tell myself. It's dumb. I know it's dumb. I like to pretend it's smart, but I secretly know it's dumb.

It's also an excuse to be lazy.

I had the basic idea for the new book about two years ago, a few big moments, specific lines of dialogue. I knew how I wanted the story to begin and I knew where I wanted it to end. When it seemed too big an idea for one book I decided to break it into three. Then I sat on it for a year.

Then I sat on it for another year.

At no point during my sitting did I ever forget about the book. I thought about it all the time. When I was taking my noonish shower, I'd play out certain scenes in my head, imagine them with some snazzy background music. When I was snacking on bag after bag of delicious, fattening potato chips, I was working stuff out. When I went for my nightly run to burn off those potato chip calories, I cleaned up bits of dialogue in my brain. When I was naked with  the wife I was thinking about it too.

That last bit stays between you and me, got it?

I like the new book. It took a while to get from my brain to the page, but it was mostly worth the wait. It's a solid read, heavy, unforgiving, violent, maybe a little gross. I'm sure a few people will complain that it's a bit short, but I'm oaky with that. A lot happens. It feels like the first chapter in something bigger, because it is. There are zombies, and mutants, and cannibals, and guns, and monsters, and explosions. Despite that very awesome nonsense, I think it all has a point. The characters aren't just fodder for the next explosion.

Rest assured, they do blow up.

Overall, the book says what I wanted it to say. It's not going to sell a heck of a lot of copies. It's not the kind of book the masses are buying these days. No one falls in love. There's nothing romantic about it. There's no kinky sex and there's no strange, kinky-romantic sex. Plus I'm lazy about promotion. The chances of me knuckling down and promoting the hell out of it are slim. If a few people buy the book, awesome. If a few people like it, double-awesome. It really doesn't matter. I didn't write it because I thought it would sell and I'd be able to quit my day job. I like my day job. I work in my underwear. What's not to like?

I wrote the story because actually writing it was the only way I'd stop thinking about it.

Now I just need to finish it.

Want to learn a little more about the series, click HERE 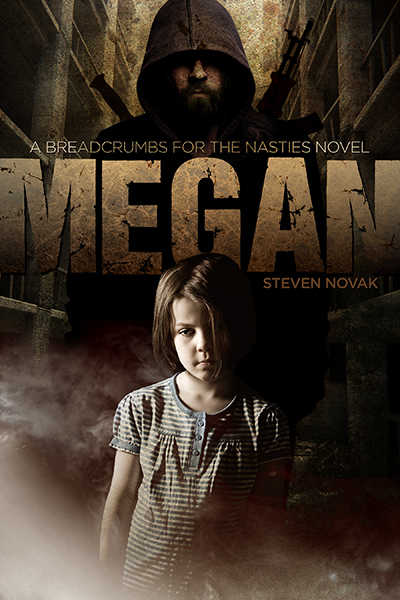