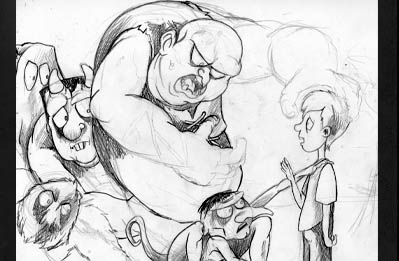 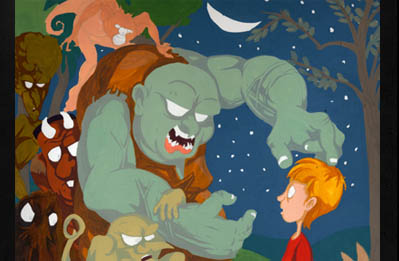 I started on this one last weekend. Here's my initial sketch and some of the rough color that I've laid down to get started. Granted, it may not look all that impressive at the moment (in fact, more than likely it looks downright crappy) but I'm actually extremely excited about this one. I'm going to try a little something different in the way I finish it and I have high hopes.

Hopefully I'll find some time this weekend to work on it as I've got a few other jobs that will likely keep me pretty busy (and result in my getting paid, which is always desired...especially to the bill collectors). Plus I'm going to attempt to drag my wife to see "The Bank Job" at some point.

I might have to lie to her and tell her it's a romantic comedy. Maybe one staring Jennifer Aniston. The woman can't resist crappy Jennider Aniston films.

Hopefully I'm able to get this piece done sometime next week but I think I that's an idealistic estimate. Kinda like when I made that 2007 New Year's resolution to drop twenty pounds, hit the weights and get as "ripped as the world's most absolute rippiest of ripped men."