Along with the ten-thousand other things I'm currently working on is the sequel to Paul Wood's "Cousin Albert" Series. Not only is Albert taking a trip to the zoo this time out, but he's doing it in full color. That's right, no more black and white interiors, this time it's color all the way.

While I haven't seen the full manuscript yet, I have gotten started on the cover. I'm pretty pleased with the overall design - think it'll be a quality piece when completed.

Otherwise, as an eight year old might say, I'm in deep doo-doo.

On another note, it's only about four months or so until book 2 in the "Forts" series comes out. I'm excited. A part of me thinks it'll be the one people remember the most. It really is the "Empire Strikes Back" of the series It's a bit darker, the ending will leave you wanting more, and once it gets rolling it doesn't stop. 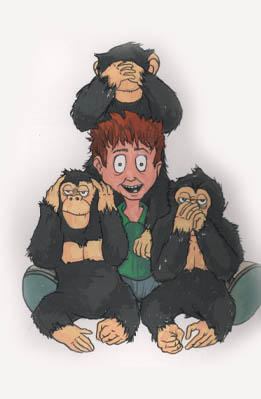 beautiful blog..pls visit mine and be a follower.. thanks and God bless..

beautiful blog..pls visit mine and be a follower.. thanks and God bless..

Hi I am Brazilian and I am wanting to learn to speak English despite that I really liked their work if you can please tell me people who have e-mail hotmail.
Thank you if you have hotmail you could add me?
henriquesoareshonorio@hotmail.com this is my email I can speak some English but want to improve and if you have (MSN Messenger) tbm help a lot.

I await your reply thanks I'm 16 years old